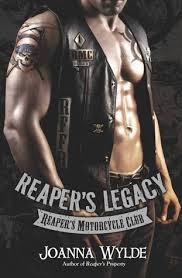 I don’t know how I’m feeling after reading this book. I like certain elements of this series, but others bother me, like really bother me. The characters always seem so over the top. Like every sentence they say probably doesn’t have to be as riddled with profanity. I have a wicked mouth, I can swear as comfortably and as frequently as any trucker, but even I was like enough already, tone it down!

I also wish that Sophie would have been a little stronger than she was. It’s like every time she even pretended at having a back bone she looked at all Ruger’s drool worthy bits and completely lost any semblance of a thought. We get it, he’s hot, but damn girl keep it together!

I did really like how great Ruger was with his nephew, Noah. Even though he could be a real prick sometimes, he was always there for Noah and Sophie too. He clearly cared for both deeply, even though it took him a long time to finally admit it, with Sophie anyway. I always really melt for the guys that step up and be such a big part of kid’s lives. He was really trying to step in and be a strong male influence in Noah’s life and that was admirable.

The Reaper drama, as per usual, was 5 alarm. They always seem to have a bunch of crazy stuff happening all at once, never a dull day in that club. I will definitely be checking out the next book, because it’s Em’s book and I actually really like Em. I have some higher expectations for her book. I hope that it can bring some different elements to this series, I’d really like to see the female lead have a little more spine, and I think Em could be the one to bring that.