I feel as though I’ve been in a state of confusion for the last 12 hours, ever since I finished this book. I like it, I like the premise but I hated all of the characters with the exception of two. The Truth About Alice takes on multiple character view points which can be extremely tricky. I’ve read a lot of multiple view point books, and they were hard to differentiate between the characters. Jennifer Mathieu did a fantastic job, not once did I have to go back to the beginning of the chapter to figure out who’s head I was in. 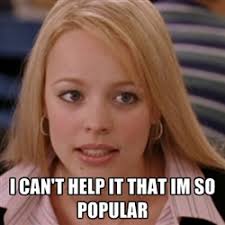 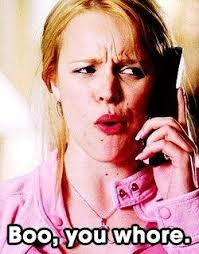 I can say with absolute certainty that Elaine is your quintessential Queen Bitch, and she owns every second of it. Never throughout the whole book did I ever doubt her “Mean Girl” attitude. She knew that she was the most popular, she knew that when she said jump, all of her minions would say how high.

When Elaine O’Dea tells you that Alice Franklin is a slut… you listen. There were no redeeming qualities about her, no saving her because there was nothing to save her from. She loves her little town life and being the stereotypical head cheerleader bitch and I LOVED HER!

“I, Elaine O’Dea, am going to tell you two definite, absolute, indisputable truths.

1. Alice Franklin slept with two guys in the very same night in a bed IN MY HOUSE this past summer, just before the start of junior year. She slept with one and then, like five minutes later, she slept with the other one. Seriously. And everybody knows about it.

2. Two weeks ago–just after Homecoming–one of those guys, Brandon Fitzsimmons (who was crazy super popular and gorgeous and who yours truly messed around with more than once) died in a car accident. And it was all Alice’s fault.”

Kelsie Sanders is the lowliest of low, poor excuse for a human being and a sniveling little backstabbing bitch that should be put down. Fucking boot licking brownnoser. Man, she pisses me off, I’m not sure if I’ve ever hated a character more than her, and I’ve hated on quite a few. 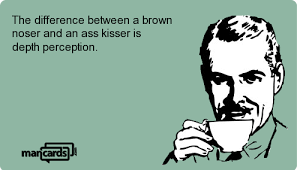 Until the night of Elaine’s party, Kelsie and Alice were best friends. But because she didn’t want to be unpopular again because of the rumors swirling around about Alice, she dumped her like a ton of bricks. She also started the slut stall…

“The hard truth is I think I knew we weren’t going to be friends anymore the day after Elaine’s party when I read that text about her  and Brandon and Tommy Cray. It sounds terrible and shallow and not at all like something the Kelsie Sanders I knew in Flint would have said, but I’ve spent too many years sitting alone in the cafeteria, and I just can’t handle doing it again. And I won’t”

“So she was my best friend for over two years. So how come I can’t believe her? I mean, isn’t that what a best friend does?

Josh was the best friend to Brandon Fitzsimmons. They played football together in a small town in the middle of BFE Texas. They were pariahs that could do no wrong. He was the passenger in the car crash that killed Brandon. He wasn’t as low as Kelsie in my mind… But not to far off. Mr. Josh Waverly has a secret of his own, and instead of telling the truth about what happened the night of the crash, he told Brandon’s mom that Alice was sending sexual text messages to him and that is what caused the crash.

“When Mrs. Fitzsimmons came over to see me after Brandon’s funeral, I never thought what I said about Alice would explode like it did. But when Brandon’s mom pushed me and pushed me to tell her every detail about the accident, the idea of blaming Alice popped into my head. It felt like the easiest way to get her off my back. And the truth is, it sort of helped ease the guilt a little at that moment.”

AHHH… My other favorite! There is only one person that I could think of when I read from Kurt’s point of view…

Kurt is (in my mind) Sheldon Cooper. And just for that, I loved him. He was the only person who had knowledge about the truth, and because of his awkwardness and inability to talk to people without panicking he kept it to himself. It was wrong of him but eventually he did tell Alice the truth. He was so literal with everything that he said, Kurt was awesome!

I don’t even have a picture for you…

You let everyone sit there and talk shit and spread rumors.

Please tell me what you did?

You did NOTHING. You wore bulky clothes and tried to make yourself as small as possible. Not once did you possibly stand up for yourself, not once did you hold your head up high and tell the world to go fuck themselves. You did nothing.

I wanted to like you, but I couldn’t. I just couldn’t. You had no spine, no backbone, no spirit, NO NOTHING!

Overall, The Truth About Alice is the perfect read for anyone in high school. It makes you realize the truth behind your actions, behind everyone’s actions. About placing blame on others because it easier. Jennifer Mathieu did a awesome job on this, I can’t wait to read more by her.