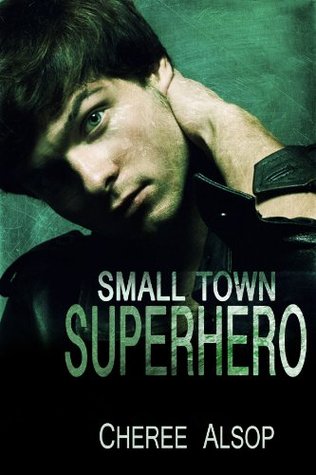 When a horrible accident tears Kelson’s family apart, he’s forced to live with his relatives in a small farming community. As the new kid, he becomes the target of the town’s gang, but they don’t realize quite what they’re up against as Kelson is forced to risk everything to save both the town and the girl who captured his heart.

This is going to be a pretty short review, first because I read the book months ago and the finer details have gone astray and second… just because!

Small Town Superhero was a pretty interesting read, and it put a great spin on how to deal with those that bully. Although I do not recommend becoming a leather bound black knight who goes off to save the town from a gang of teenagers…. but hey, it works. Kelson blames himself for a whole ton of things, things that were completely out of his control and in no way should he have placed the blame on himself. So he becomes the target of the high school gang of douche canoes.

Like I said above, it was an interesting read. There’s even a possibility of me picking up the second one. But the one thing that I just couldn’t wrap my head around is the fact that the “gang” is a bunch of high schoolers wrecking havoc on a small unsuspecting town probably in the south (I can’t remember), I say south just because small southern towns are where high school boys believe they reign supreme. Especially athletes, and if history has taught us anything, they can get away with anything for being on any sort of sport. Anyway back to my point, the cops are afraid of this “gang”. THE COPS ARE AFRAID OF A GROUP OF WANNA-BE THUG TEENAGER.

That is pretty much where it started to go downhill for me. The fact that it takes a teenager to go all leather ninja on their asses instead of the cops not putting up with some kiddie bullshit was just mind boggling.

I didn’t hate it but I didn’t love it either, definitely in the middle of the pack for me!